A CT scan is a test performed using low dose X-Rays to produce multiple images of parts of your body.

At Bateau Bay and Central Coast, we can perform many different examinations, that your doctor can request, using CT scan technology. The specific examination will be written by your doctor on your referral form. These include brain, sinuses, neck, chest, abdomen, pelvis, spine, and extremities. 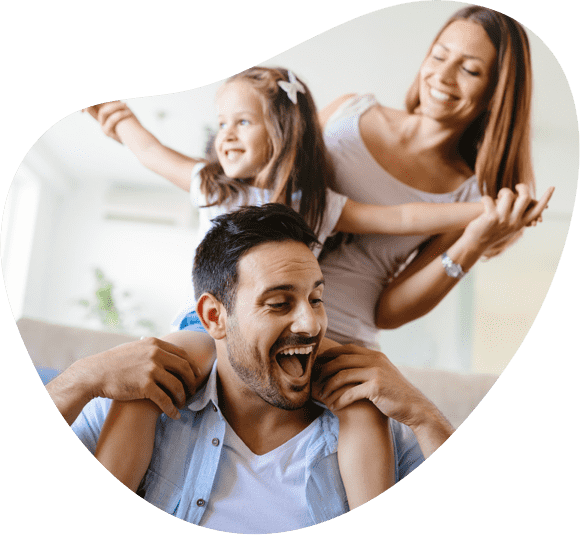 Menu
What is a CT-scan?

A CT scan is a test performed with a specialised machine that uses low dose radiation in the x-ray spectrum and a large powerful computer, to produce multiple images of the part of your body that your doctor is concerned about.

The multiple images (often hundreds or thousands of images) are used by the specialist radiologist to see great detail of the various organs, bones, blood vessels and tissues of the parts of the body.

Contrast – this can be a drink or an injection (often called intravenous or IV). It is not radioactive but can make certain parts or organs of your body show up in a lot more detail on the CT scan.

The actual CT scan test will usually take only a few minutes to perform. There can be some preparation to do before the CT test and there will be a lot of work to process the information obtained by the CT test. Both by the radiographer/technician and the radiologist doctor, before a report can be issued.

This may take one to a few hours. The information in the report will then be used by your doctor to either help determine what the diagnosis is (what disease or problem you, the patient, has). Or what to do next (eg further testing, what treatment to prescribe, etc).

Sometimes these tests are performed to show how well a certain treatment is going or to look out for any recurrence of a previous illness, so further treatment can be given as early as possible.

The first step in the process is for us to find out what is on the request form that your doctor gave you for this test. This may involve you coming into our rooms here at Life Medical Imaging, Bateau Bay and showing the form to our front desk staff.

Or you can fax or email the form to us (see contact us – Life Medical Imaging, Bateau Bay). Or maybe you can read out what is on the form over the phone to one of our front desk staff.

To make the CT scan as safe as possible, and to minimise any side effects or complications, we need to know a few things about your medical history. This may include if you have any kidney disease, thyroid disease, blood diseases, cancers, allergies or diabetes.

Fasting – Sometimes the examinations can give you a nauseous feeling. Most people do not vomit, but to be on the safe side, we advise that you refrain from eating or drinking anything for 4 hours before a CT examination, just in case.

If you have a medical disorder that makes this difficult, for instance diabetes, please speak to the booking staff who will advise on the best way to proceed.

Patients with kidney disease or anyone with reduced kidney function (even if you do not have any symptoms associated with it) are at increased risk with some of the CT examinations. So we believe that it is important to check on the kidney function before the test so that we can adjust the procedures to minimise the risk of kidney trouble. So we will advise you and your doctor to obtain a blood test for the kidneys if need be.

Some CT examinations require administration of iodine contrast (either orally or intravenously or both). Iodine is a chemical that is naturally occurring in the human body. It has been discovered that extra Iodine can make certain organs (like the liver, spleen, lymph nodes and blood vessels with intravenous contrast and bowel, stomach and oesophagus with oral contrast) a lot easier to see, and more accurately assessed on the CT scan images, and can make diseases easier to see.

Iodine is not radioactive, but is easy to see on x-ray images. If the Iodine is required to be taken orally for the CT examination, it is usually drunk over 45 minutes before the examination.

If the Iodine is required to be injected, a cannula (plastic needle) will be inserted just before the CT examination and the IV contrast will be given over several seconds during the examination.

Some people get a slight nauseous feeling, but this also passes relatively quickly. (this can occur with both intravenous or oral Iodine). It is rare to actually vomit during or after a CT examination.

A few people have an allergy to intravenous Iodine injections. This is different and unrelated to an allergy to antiseptic iodine that is put onto the skin. However, this allergy can be dangerous. So it is important for the technical staff and the radiologist doctor to be told about any allergies you have.

Mild reactions include flushing, nausea, pruritus, vomiting, headache and mild urticaria. They are usually self limited and resolve without specific treatment. Mild reactions may be seen in up to 3% of patients after non-ionic low-osmolality contrast agent administration.

Severe contrast reactions include hypovolaemic shock, respiratory arrest, cardiac arrest, pulmonary oedema and convulsions. Severe reactions are uncommon, occurring in 0.04% to 0.004% of non-ionic low osmolar iodinated contrast injections (i.e. 1 in 2,500 to 1 in 25,000 contrast injections). The risk of death is rare (1 in 170,000).

Other possible, although rare, complications and side effects of an intravenous injection of iodine include extravasation (where the iodine comes out of the vein into the tissues in the arm), infection or bleeding from the puncture site, which may require treatment.

If oral contrast is required for the examination, a technician will come to the waiting room and give you a drink to drink before you are called into the examination room. You will be given time to drink the drink.

After some machine preparation, the table with you lying on it will move through the CT ring and a scan will be taken. This may happen a few times.

If an injection of contrast is required, an intravenous cannula will be placed in an arm vein, in preparation for the injection during the scan.

After the CT Test

What can CT scans detect?

A CT scan is a test performed using low dose X-Rays to produce multiple images of parts of your body.
CT scans can detect bone and joint problems as well as showing internal injuries and bleeding.

What is the most common CT scan?

Computer tomography (CT) scans are mostly used to accurately examin the chest, abdomen and pelvis because of the detailed images provided.

Is there any prep for a CT scan?

Sometimes the CT scan can give you a nauseous feeling. Most people do not vomit, but it would be better if you refrain from eating or drinking anything for 4 hours before a CT examination, just in case.

How long does a CT scan take?

A CT scan is painless and takes about 10 to 30 minutes, depending on what part of the body is being scanned.