Paediatric dental imaging is the branch of dentistry dealing with children from birth through adolescence.

An Orthopantomogram or an OPG, is a scan that gives a panoramic view of the upper and lower jaws and teeth using x-rays. Usually requested by a dentist. 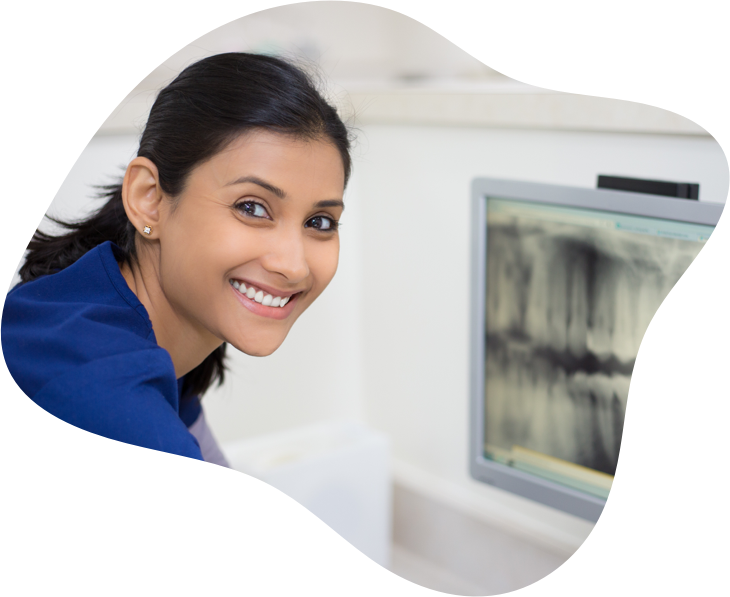 A Lateral Cephalogram or a Lat Ceph, is another scan that is also performed on the OPG machine. This scan provides a lateral (side) view of the skull. This type of scan is predominantly used for orthodontic planning but may be used to check other things such as how your teeth bite together.

A basic paediatric dental x-ray does not require any special preparation. Metal objects such as watches, keys and jewellery may need to be removed.

Scans require you to stand upright in a stationary position, lightly biting a sterile mouthpiece to steady your head and eliminate any movement for the duration. The scan usually takes 10 seconds to complete.

How does procedure work?

X-rays are a form of radiation like light or radio waves. X-rays pass through most objects, including the body. Once it is carefully aimed at the part of the body being examined, an x-ray machine produces a small burst of radiation that passes through the body, recording an image on photographic film or a special detector.

Different parts of the body absorb the x-rays in varying degrees. Dense bone absorbs much of the radiation while soft tissue, such as muscle, fat and organs, allow more of the x-rays to pass through them. As a result, bones appear white on the x-ray, soft tissue shows up in shades of gray and air appears black.

Until recently, x-ray images were stored on large film sheets (much like a large photo negative). Today, most images are digital files that are stored electronically. These stored images can be easily and quickly accessed to help diagnose and treat disease.

Any other relevant questions?

Children may find that the positions they need to hold are uncomfortable or painful, especially if they have an injury.

The technologist will help your child find the most comfortable position possible to ensure the best quality images are captured.

Generally, after an x-ray exam, your child can return to their normal activities.

When should children take OPG?

Children should have their first OPG scan when all the primary (baby) molars have erupted. The OPG scan gives a panoramic view of the upper and lower jaws and teeth using x-rays.

What are the three types of dental images?

There are three types of diagnostic dental scans: 1 Periapical 2:panoramic, 3: cephalometric. A Lateral Cephalogram provides a lateral (side) view of the skull.

When is an OPG used?

How often should OPG be taken?

How often you should take your OPG scan really depends on your age and your dental history . For children an OPG is important to determine the presence and position of erupting teeth, and should be done when all primary molar have erupted. For young adults an OPG is taken at around 18. For healthy adults, the OPG should be done every 5 years.